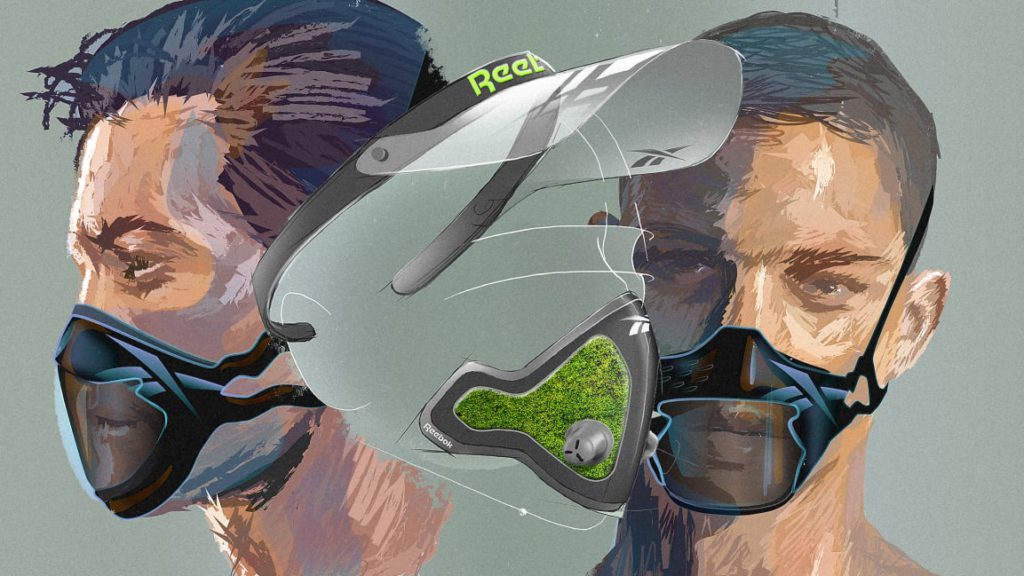 Presented by the famous brand of visualization offers a strange view on the future of fitness.

If you like to run or ride a bike, you’ve probably been looking for a mask that allows you to train comfortably and safely in the midst of a pandemic. But it’s not an easy task, as most fitness masks currently on the market are not designed to filter out particles, but to simulate low oxygen levels to help you train for higher altitudes and improve cardio rehabilitation.

Meanwhile, some experts believe that increased air pollution, combined with the risk of new viruses, may make masks part of any future training. In many parts of the world, especially in Asia, people regularly wear masks, including those worn for outdoor sports. And it’s no surprise that Reebok’s designers have presented their vision of what this process might look like.

Three prototypes were presented, which still exist only as sketches. At the same time, the developers aim not only to ensure the safety of the user, but also to give him some additional features that are unattainable with conventional masks.

For example, the SENSORIAL model has a transparent screen around the mouth. According to the intentions of the developers, this mask not only filters the air but also allows the owner to better communicate with others who can also see your emotions, hidden by the usual mask.

The IMMERSION model is the weirdest. It includes both a respirator and a face shield to provide maximum protection. In addition to this, the mask is also equipped with a whole set of sensors that allow you to collect various data and then transfer it to a special application on your smartphone. Developers are also thinking about a special device that allows you to adjust the conditions under the mask.

As for the SYMBIOSIS model, the developers call it the most ambitious due to its natural cleanup. The mask includes a respirator containing an organic substance such as algae or moss, which purifies the air by absorbing carbon dioxide from the atmosphere and emitting oxygen. It is believed that such a project is quite possible.

Of course, this is nothing more than a curious sketch. However, they show how well the company is thinking about the future of fitness, in which masks may well become the most common phenomenon.