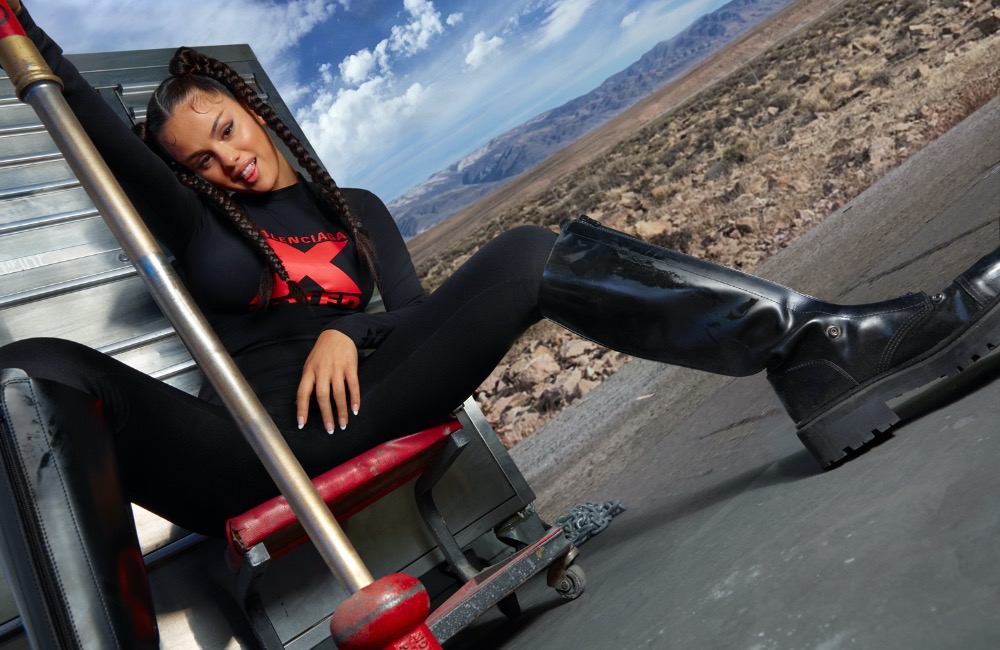 Against the background of tires and disassembled cars, the singer, soiled in machine oil, tried on a new image and things from the current fashion collections.

The pop star discussed her life and career with comedian Amy Schumer in an interview with the iconic American edition Interview. For the photoshoot, in which Selena appeared as a car mechanic burning at work, were used things of such famous brands as Morphew Collection, Vanna Youngstein, Moschino Couture, Balenciaga, GCDS, ERL, and Marine Serre, and boots for most of the shots were provided by Vetements brand.

In January 2020, the 27-year-old singer presented her third album Rare, the single from which Lose You to Love Me became a mega-popular and won the first place on the charts all over the world. The singer also announced the release of her own cosmetics line Rare Beauty, which is due to be available in stores of Sephora chain this year. In her interview, Selena mentioned that the collection would feature 48 shades of makeup bases and concealers, as well as mascara that will help to avoid lumps.

The singer is known not only for her albums and cosmetics line. Thus, recently the star shared the information that she was diagnosed with bipolar disorder. And now, Selena intends to support people with mental problems around the world.

And at the end of March, the singer contributed to the fight against the Coronavirus pandemic and donated a significant amount to a medical facility where she had previously had a kidney transplant. When she learned that the hospital was short of masks for doctors and ventilators, Selena immediately donated and encouraged her fans to follow her example.